Power of education: Solicitor Paul Ell was just one of the thousands of young people assisted by the Learning for Life program that is supported by VIEW Clubs of Australia. Photo: Supplied.

This is sponsored content for VIEW Clubs of Australia

Wouldn't it be great if there was a way to break the damaging cycle of poverty within a single generation?

Oh wait - there is: education.

Here's the catch though. Education in Australia costs money. Even a public school education requires costly excursions, school uniforms, textbooks and increasingly an electronic device and internet access. That money is exactly what people living in poverty don't have to spare when it comes to something other than food and shelter.

Enter The Smith Family's Learning for Life program and one of its major supporters - VIEW Clubs of Australia (VIEW).

The Learning for Life program supports disadvantaged Australian children, helping them to participate fully in their education, and giving them the best chance at breaking the cycle of disadvantage.

The program supports children through the lifespan of their studies, often starting in early learning or primary school and continuing through high school and tertiary studies.

VIEW, which stands for voice, interests and education of women, has contributed significantly to The Smith Family and this cause over the past 60 years and remains the program's largest community sponsor today.

"VIEW Clubs over six decades have raised over $40 million for The Smith Family and our members have volunteered in excess of 3 million hours. They raise awareness and advocate for disadvantaged children, and right now proudly support over 1400 students through The Smith Family's Learning for Life program," VIEW National Manager Maryanne Maher said.

VIEW offers a supportive network for women to connect with each other in the community, while enabling better futures for young Australians in need through The Smith Family.

"Together this three-pronged approach provides comprehensive support and school essentials that students need to fit in. The Smith Family calls it wraparound support," Maryanne said.

In addition to the valuable support Learning for Life offers students, sponsors like VIEW members from clubs around the country often send letters and gifts of support to be passed on. Due to privacy, they only know the first names of students they support and correspond with, but the connection is meaningful for both student, and VIEW members.

"Our members are great correspondents," Maryanne said. "The Smith Family often hears from students about how encouraging it is that their sponsor wants to know how they are doing. It's really inspiring for students to know there is someone out there who they have never met, who cares enough to support their education."

VIEW Advisor, Lyn Geer has been a member of VIEW for 25 years after joining the organisation at the invitation of a friend.

"I like to do something where you give back and make a difference," she said.

"I've spoken to a lot of parents, grandparents and carers about the difference the Learning for Life program makes to their lives and kids' lives and I would have to say I was one of those kids who couldn't go on excursions, so I recognise the importance of education."

She said it was a thrill to hear young people who have been impacted by the Learning for Life program speak about their experiences.

"It gives the audience an opportunity to hear what is possible for the student to achieve." 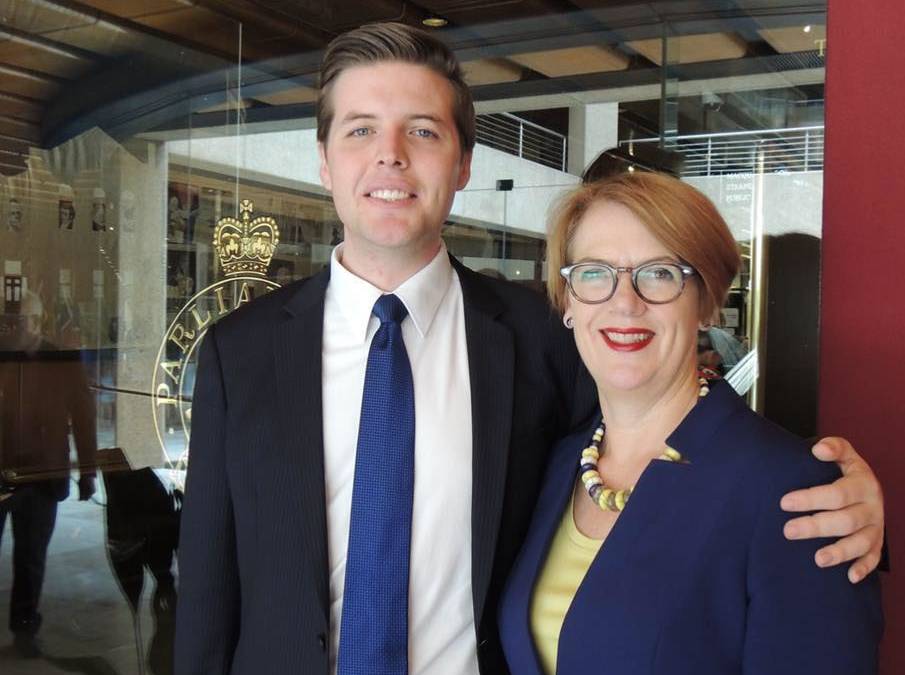 Paul became a Learning for Life student in 2002 and was supported by The Smith Family throughout high school and university.

"It was difficult for my grandparents [who raised me] to make ends meet," he said.

"In primary school, I remember vividly there were occasions where because of our lack of financial means, there were activities I couldn't attend.

"Once support was provided, I was then able to go to on excursions and feel the same as every other kid in my year.

"The real change was feeling like I had the same opportunities as other people. It doesn't put you ahead, it means you won't miss out."

The Learning for Life program continued to support Paul with a tertiary scholarship and he graduated from the University of Wollongong in 2015 with a Bachelor of Laws and a Bachelor of Commerce.

That same year Paul was admitted as a Solicitor in the Supreme Court of New South Wales and joined a local firm of lawyers based in Nowra.

During his tertiary studies, Paul was employed as an Electorate Officer for The Hon. Gareth Ward MP, Member for Kiama.

Law was an area which naturally aligned with Paul's interests, and it has also allowed him to be an advocate for others.

His advocacy on behalf of The Smith Family and other local charities and community causes has been recognised over the years, and he was named the Shoalhaven Young Citizen of the Year in 2011.

"Programs like Learning for Life are absolutely critical," he said.

"The thing is it doesn't matter what your background or postcode is, every student wants to achieve something with their life.

"Education is the great equaliser, it gives you an opportunity to rise above your circumstances, rewarding those students who want to achieve".

VIEW National President 2020-21, Anne-Louise O'Connor, has been a VIEW member for 19 years. She says stories like Paul's are a testament to the impact the Learning for Life program has on young lives.

"I've known Paul for the past decade and I've seen him grow and develop into such a delightful young man," she said. 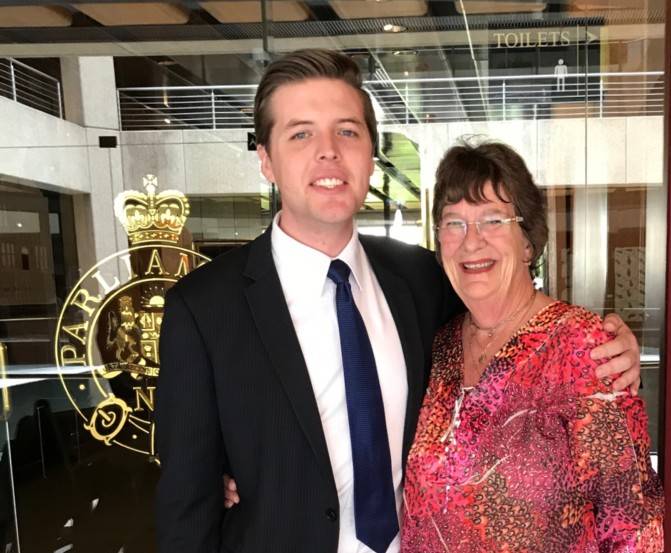 Emily has been on the Learning for Life program since 2006. She was sponsored by a VIEW Club when she was in year 4 and received support throughout her primary and secondary education.

"It helped my family afford my uniform, which other kids might take for granted. It made me feel more normal," she said.

"The scholarship enabled me to undertake study in Indonesia and East Timor, relevant to my major," she said. 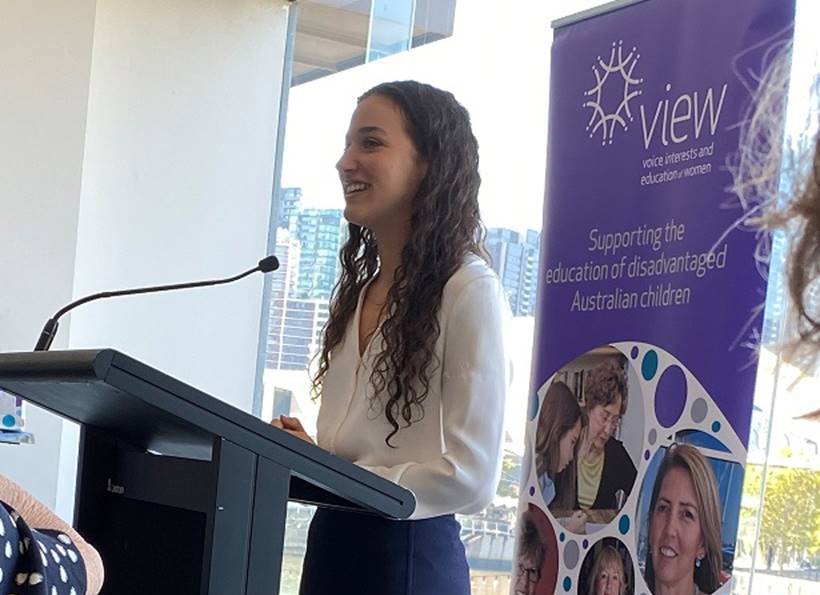 Her studies were borne out of a passion for working on socio-political problems on an international scale.

"What can I do to affect change with the skills I have?" she said. "This is one way I can be a small stepping stone for change, working on structural change, and policy development."

In her speech at VIEW Club's International Women's Day event in Melbourne in March this year, Emily spoke about her experiences of early childhood poverty, her challenges struggling to find motivation at school, and then the positive, life-changing impact of key women in her life.

"Sponsorship really changed the course of my life," she said. "Thank you to all those VIEW Club members for their support."

Cree became a Learning for Life student in 2006 when she was in Year 2.

"The biggest thing I noticed was the communication from my sponsor - in my case a VIEW Club - receiving a beautiful card every year on my birthday or at Christmas was very meaningful," she said.

"Learning for Life and VIEW have been that support system my family wouldn't have had otherwise," she said.

"I always sort of felt it filled that role of extended family or community."

In 2018 Cree was awarded a tertiary scholarship through The Smith Family and is now in her third year of a Bachelor of Arts/Law at Monash University in Melbourne.

"I like arguing, initially, when I was younger I definitely liked being right and winning arguments, tricking people with logic," she said.

"As I matured, the notion of advocacy became really important to me, and I could use education and position to be able to advocate for people who lacked knowledge or access." 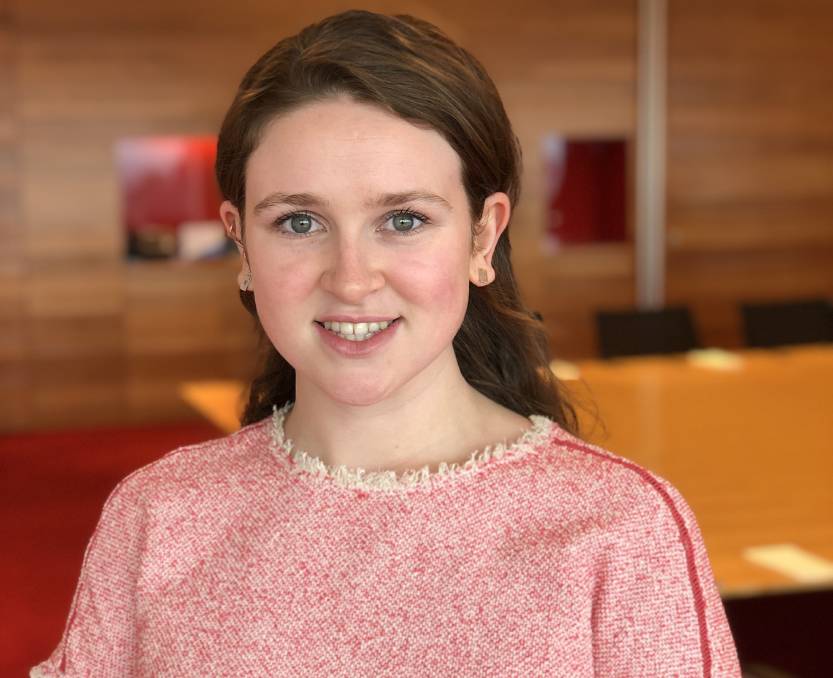 Cree Oliveira has spoken at events for The Smith Family and VIEW Clubs in recent years. Photo: Supplied

Cree has also had the chance to work for KWM Law, an opportunity she believes she may not have had, if not for the support she's received.

Cree has spoken at events for The Smith Family and VIEW Clubs in recent years.

"I felt very honoured to be asked to speak at a significant VIEW club event last year, Mum came along with me and was overwhelmed, as was I," she said.

"I had been asked to speak about what VIEW meant to me. I had always known VIEW was an organisation of dedicated women who supported young girls and women like my Mum, but to be in the room with 195 women listening to me speak - talking about Mum - she lost it, everyone lost it. We were all crying. What struck me was the sincerity of these women who wanted to see young women succeed."

VIEW also supports boys and young men with their education, such as Mason.

Mason, who lives with his grandmother Lisa, joined the Learning for Life program in July, 2010, when he was in Year 6.

The support has allowed him to pursue his musical interests.

"The story goes, Nan tells me, I used to tap stuff quite a lot. From there she asked, did I want to learn drums? I said why not, and then I learned a second instrument, guitar, and from there I figured I may as well sing. So I started playing open mics and doing shows."

The Smith Family provided Mason with his first drum kit at the age of 13. 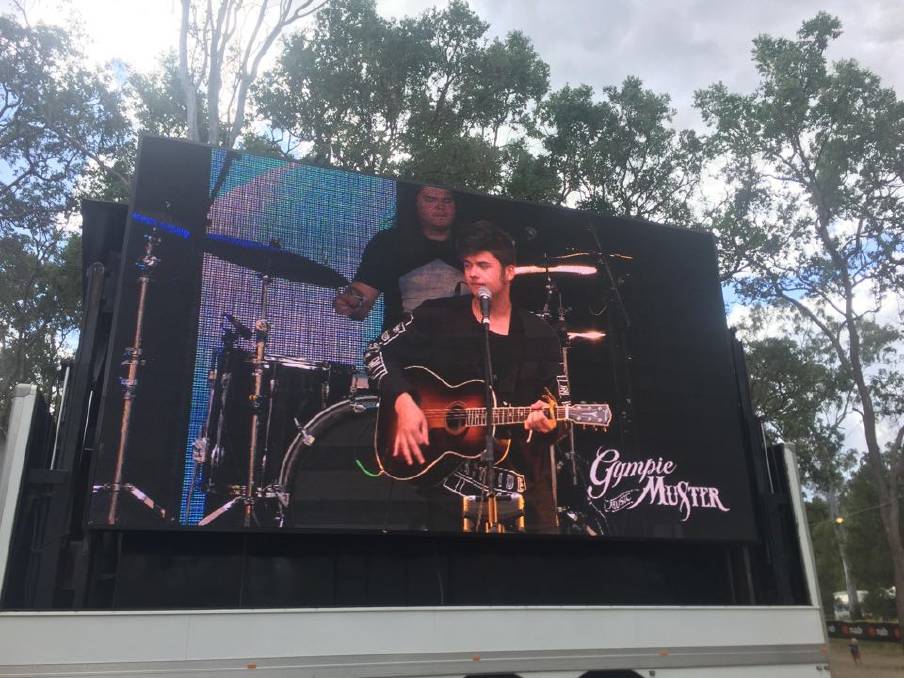 His main goal is to become a successful musician and song writer. At the age of 17, Mason won the Gympie Music Muster Talent Search and the Voice of Urban in 2016

In 2017, he won the Trans-Tasman Entertainer of the Year Competition at the Norfolk Island Country Music Festival; Gympie Muster Festival and Voice of Urban.

He appeared on The Voice Australia in 2018 and has been a headspace National Youth Ambassador.

"The Learning for Life program is so important," he said.

"A lot of people might come from low-economic families and having that support doesn't just impact the student, but the whole family as well."

"The Learning for Life program is making a difference in so many ways," she said.

"The kids go on to have better education and they are able to break that cycle."

If you would like to join a VIEW Club near you and make connections while making a difference to the lives of disadvantaged Australian children and young people like Paul, Emily, Cree and Mason, visit view.org.au for more information.

This is sponsored content for VIEW Clubs of Australia.

This story The club that offers children a view to a better future first appeared on The Canberra Times.